We’ve got a great show planned for Wednesday, June 26 from 4-6 PM EDT.Joining us today are two familiar folks, and one new one.

First up is a fellow Tirgearr Author, Maya Tyler is a multi-published author of paranormal romance novels and blogger at Maya’s Musings. An avid reader, Maya writes the books she loves to read—romances! She still believes that “True Love’s Kiss” is the most powerful thing in the world. Her paranormal romances come with complex plot twists and happily-ever-afters. When she’s not writing, she enjoys reading, listening to music (alternative rock, especially from the 1990s), practicing yoga, and watching movies and TV. 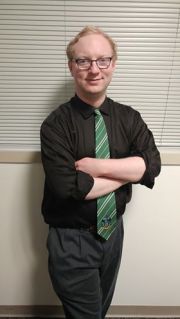 Second is the happiest horror author I know. Rami Ungar knew he wanted to be a writer from the age of five, when he first became exposed to the world of Harry Potter and wanted to create imaginative worlds like Harry’s. As a tween, he fell in love with the works of Anne Rice and Stephen King and, as he was getting too old to sneak up on people and shout “Boo!’ (not that that ever stopped him), he decided to merge his two loves and become a horror writer. Today, Rami lives and writes in Columbus, Ohio. He’s self-published three novels and one collection of short stories, and his stories have appeared in other publications here and there. Rose, his first novel with Castrum Press, will be released June 21st, 2019. When he’s not writing your nightmares or coming up with those, he’s enjoying anything from the latest horror novel or movie to anime and manga to ballet, collecting anything that catches his fancy, and giving you the impression he may not be entirely human.

Third, and new to the show, is another Tirgearr Author. Julia Byrd lives and writes in Chicago with her handsome dog and scruffy husband. She tells people she enjoys books, wine, baking, and architecture as plausible cover for her secret double life. Her second Gothic romance, Soil and Ceremony, was published by Tirgearr Publishing in June 2019.

Be Sure to Join Us!

Both Jake and Rami have been on before, and we’re thrilled to have two such talented gentlemen back on the show. I know we’re going to have a great time with lots of laughs, as well as some thrilling and exciting excerpts read by both our guests.

Tune in Wednesday, July 27 at 4 PM Eastern (3 Central, 2 Mountain, 1 Pacific) for What’s Write for Me with Jake and Rami or Listen to the Podcast at your convenience! 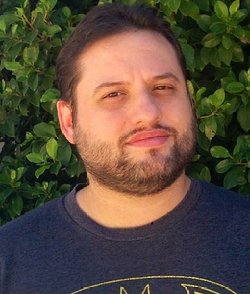 Jake Combs is the author of Haunted by Shadows, an adventurous fantasy novel.

I have been challenged by my buddy Rami Ungar to participate in the Love/ Hate Challenge. To do this, I must list 10 things I love, and 10 things I hate. Then I have to challenge 10 other people to do the same thing. (My friends might never forgive me, but here goes!) Thank you, Rami. I know I’ll have fun with this.

1. I LOVE my family. They make me crazy in the extreme, but I wouldn’t trade them for anything. Besides, they have given me inspiration and encouragement with my writing, so I really want to put them first.

2. I love to write, I write to live. Telling stories comes to me as naturally as breathing. I can’t imagine not writing stories. If I had to stop for some reason, I truly believe it would kill me. 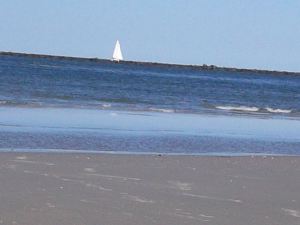 3. I love the ocean, but I can’t enjoy it like I used to. However, living near it and knowing I can go when I feel up to it, is important to me. There is an amazing energy and draw to the ocean that is only rivaled by the mountains.

4. I love the mountains. I can’t get there—ever, but I love it there. I grew up in Western Nebraska, not far from Wyoming and Colorado. We didn’t have mountains, but we had Scottsbluff National Monument and the Wildcat Hills, which are nearly as cool. I was born in the foothills of the Appalachian Mountains, but I love the Rockies.

5. I love music. Like Rami, I think I would go completely insane without my music. I listen to a wide variety of music, from classical to heavy metal, and most in between. I don’t like rap, twangy country (though I love Willie Nelson) and I don’t care for that club crap that’s really just noise on a loop. (This will be discussed in the I Hate section)

6. I love traveling and seeing new places and faces. (The I hate traveling will be discussed below)

7. I love to read nearly as much as I love to write. I love to read my own work, though I know some authors who don’t enjoy reading their own books. I write partially to entertain myself. If I can’t make myself laugh, cry or lust after the hunky hero, I haven’t done my job right.

8. I love to laugh. I try to find something funny every day. When I had cancer a few years ago, I set myself a goal of laughing at least once a day. I had to have something to make me feel human again. Nothing does that for you like laughing!

9. I love to find the absurd in the every day and bring it into my writing. I collect odd moments that I observe or participate in.

10. I love movies (TV and live theatre). I joke about being a movie junky, but it’s absolutely true. I can’t afford to indulge in this addiction to see movies on the big screen. I have to wait until they come out on DVD or hit Netflix. I don’t watch TV, except to catch my favorite shows on Netflix. (The I Hate of this will be listed below.)

Now for the I Hate portion:

1. I hate marketing my books. I love writing and getting them published, but I hate having to hawk my wares so I’ll sell books. I know it’s a necessary evil, but it doesn’t make me love it.

2. I hate editing. I’m not talking about proofreading to find the occasional misplaced comma or a dangling modifier, I hate having to do major rewrites because something drags along, isn’t necessary to the plot or makes the reader fall asleep.

3. I hate hypocrisy—which is one reason I’m not fond of politicians (Below). I may not agree with everyone’s beliefs, and I don’t expect them to share mine. However, don’t say one thing and do another. Not a fan.

4. I can’t say I hate politicians, per se, but I hate the political system. I truly dislike hypocrisy and callousness. I hate that they will make blanket statements about how things should be, yet in the next breath, totally negate what they just said. Also, some of the issues they choose to make political, that are clearly not political at all, infuriates me. (I could spend an entire rant on this, so I’ll move along now.)

5. I hate rudeness. There is way too much of this going around. Folks like to say it’s the young who are to blame, but I beg to differ. I have met plenty of rude, obnoxious old farts—I live in Florida, for God’s sake! Do you know how many old, constipated, angry, decrepit assholes live here? Way too many. And they are all willing to make everyone else as miserable as they are. (I could also spend way too much time on this one, so I’ll continue.)

6. I hate noise that’s only loosely masquerading as music. I know I’ll offend all kinds of people with this one, but I’m past caring. I like what I like and I don’t like (most) rap. I can’t stand that crap they play in clubs that is some sort of mixed up, trippy, looping noise. That isn’t music. I will listen to Conway Twitty before I assault my senses with that. I’m also not a fan of screaming in lieu of singing. (Since I could rant for a long time on this, too, I’ll forge ahead.)

7. I hate badly written books and movies (TV shows, plays) There are tons of them out there, all vying for a spot on the shelves with their well written counterparts. When something badly written wins international acclaim and makes millions of dollars, I’m even more offended. I don’t need to go into detail, anyone with taste knows what I’m referring to.

8. I hate hatred. There is far too much of this in the world. Hating for no apparent reason is so senseless. Turning that violence against another person, or group of people, is also senseless. (I could rant on and on about this for days, but again, I will move on.)

9. On safer ground, I love to travel, but I hate traveling. By that, I mean that I hate the hassle of making travel plans, finding a place to stay, renting a car, squeezing into the tiny seats on the airplanes, with my knees to my chin and my thigh rubbing that of the person next to me. I hate driving in unfamiliar places, through ridiculously heavy traffic, praying I will get where I’m going in one piece.

10. And finally, I hate TV commercials. I don’t like being interrupted during a show, having the flow of the story interrupted for some crap about tampons, dog food or virility enhancing drugs. This is why I watch a lot of Netflix and will wait for a show to make its way to their streaming list. (I also hate how they don’t get everything and so many things are only on disc, but I’ll live)

Now the fun part (maybe) the 10 people I think should do this challenge: