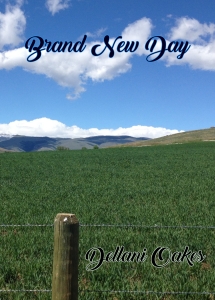 At lunch, Diego has Janet sit next to him, and buys her a cinnamon roll to go with her lunch.

He handed her the plate. “They’re fantastic. Here. I all ready ate one. I don’t need two. Trying to keep in shape.” He patted his firm, flat abdomen.

“Thanks.” Janet blushed, ducking her head as she accepted his gift.

She ate the roll after she finished her sandwich. It was one of the best tasting things she’d ever eaten and she swore she’d learn how to make them just for Diego. Trina walked her to class again. They stopped by the auditorium which was right by the drama room.

“So, are you and Diego dating?”

Janet shrugged, shaking her head. “He asked me to a movie Saturday. It’s not like a date or anything….”

Janet blinked and her mouth dropped open. Trina walked away, waving. Again, Janet was almost late for class, sliding in the door just as Mrs. Frost came over to close it.

“Sorry,” she said as she neatly avoided a collision with the petite, blonde haired woman.

“What’s with you today?” One of her classmates from Mr. Whitmore’s class asked her. “That’s twice in one day.”

“I’ve got to learn when to shut up,” she said, folding her hands in front of her.

The boy nodded, grinning. He’d seen her at lunch with Diego. After class, he walked with her, stopping at the chorus room.

He nodded, a knowing smile on his lips. “Well, good luck with that.”

“What’s wrong with everyone today? Diego asked me to a movie. It’s not a date!”

Janet didn’t have a chance to talk to Diego until after school. He walked her to her locker, offering her a ride home with him, Ramona and Bunny.

“Cool. I need to stop at my locker. I’ll meet you back here in a few minutes.”

“I’ll be here. I have to wait for Ramona and Bunny anyway.”

“Okay. See you.” He grinned, blowing her a kiss.

Janet blushed when people in the hall whistled and cheered. She got her things from her locker as she waited for her friends.

“Where were you?” Janet asked when they walked up.

“Giving you time to talk to Diego,” Bunny replied. “He looked intent upon getting you alone.”

“No? Oookay.” Bunny grinned, tossing her hair. She raised an eyebrow.

“Baby, I was born ready,” Bunny said, winking saucily at him.

Diego laughed. “Great, a comedian.” He put his arm around Janet’s shoulders, but not around Bunny’s as he often did.

They walked to the parking lot and spotted Diego’s car. It was a white Barracuda with dark blue stripes on the hood and roof. He and his father were gradually restoring it. Ramona and Bunny got in the back, leaving Janet up front with Diego.

The powerful motor roared to life and he headed to Bunny’s house. She clamored out of the back seat and waved as they pulled out of her driveway.

“Need to go by the store?” Diego asked Janet.

“No. Probably tomorrow, but we’re good until then.”

“What are friends for?” He flashed his winning smile at her, dark eyes sparkling.

He stopped the car in her driveway, turning it off. He was trying to find some excuse either to get in the house, or get his sister out of the car, but he couldn’t think of a thing. Ramona solved the problem.

“Oh, sure. Come on.” She hopped out and unlocked the door. “Coming?” She asked Diego.

He followed quickly. Ramona smiled, winking at him as she shut the bathroom door. Diego took a step toward Janet.

“Our first official date,” he continued, taking another step.

Janet faltered, unsure how to respond. He saw the confusion in her eyes.

“Is there a problem?”

“What did you think it was?” He took another step. He was now about six inches from her.

Janet’s heart pounded in her chest and she felt a little dizzy. Any second, Sookie would be home. She was confused by Diego’s attention.

“I really like you, Janet. It took me forever, to figure it out. But, I’d like to be your boyfriend.”

“I’d—I’d like that too,” she stammered, hardly able to meet his intense gaze.

“And I’d really like to kiss you,” he continued, taking both her hands.