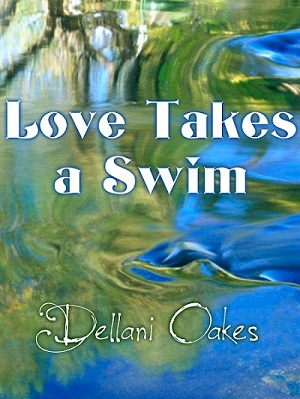 Kai gets a call from his boss at the fire station, asking him to cover for another guy, who apparently is dating one of their workers. Both have asked for time off.

“My brother’s not old enough, although he’s qualified. I taught him myself. But he’s not even seventeen. Mom’s qualified, but she panics. Unless Paisley’s qualified…. Let me ask her and talk to Mom. I’ll be on my regular shifts Thursday.”

“He’s supposed to be back by then.”

Kai talked to his mother. As a former nursing student, Paisley should be able to handle things, but his mother felt better having him on tap. She didn’t mind him taking the EVAC shifts if they could work something out so he could still cover the pool. Kai called Thad back to tell him the news.

“Cool! Okay, I need you here for evening shift.”

“New lady in my life. We were gonna go out tonight.”

“Sorry, kid. I really need you. I have absolutely no one else.”

“Yeah.” Kai sighed heavily. “Okay. She and I will have to reschedule, but you and what’s his name….”

“Yea him. He owes me big. Like orgasmically big.”

Thad chuckled. He was 32 and single.

“I’ll gladly help you with your love life, Kai. I’ll front you a romantic evening, okay?”

“You better. And she better be orgasmically appreciative of it.”

“Short of having sex with her myself, I’ll sure help out. Okay, I need you here at three.”

“Wish that on Gary, he’s the one whose fault this is.”

A glance at the clock told him he had two hours before he had to report to the EVAC station across the street. He still needed to get home, shower and change. He waited outside the studio door for Paisley to finish her class. The amount of applause he heard, and the smiling faces, told him it was a good class. Paisley was bending over, putting away her things, when he walked in. The sight of her slender hips and ass, in the clinging shorts, nearly made him lose control.

Paisley turned around, shock and horror in her eyes. “Oh, God! You scared the shit outta me! You didn’t sound like you…. What’s up?” She hopped over, kissing him.

“I’m gonna have to reschedule our date. My boss from EVAC called. He needs me tonight and tomorrow night, in addition to my regular shifts. It seems that Randi’s boyfriend is a paramedic, and they’ve both hurt their ankles.”

“I agree. Must have had a burning need to take two days off in the middle of the week. I’m thinking major sex-fest,” he whispered as an old lady passed the open door.

“What? Did you say,” she lowered her voice to a breathless whisper. “Sex-fest?”

“Yeah—you know, unbridled passion, a few days and nights of sexual bliss, punctuated by candle lit baths, hurried meals, a few hot, spicy showers….” He saw her shocked, almost horrified expression and stopped. “Sorry. Forgot for a moment. Anyhow, it’s fun. But I always did that over a weekend so it wouldn’t interfere…. Again, sorry.”

He sighed, frustrated. The idea of indulging in a weekend of adult fun with Paisley, had cemented itself in his mind. It refused to move aside for more mundane things—like listening to her instead of his gonads.

Focusing with difficulty, he took a deep, cleansing breath. “There I go again. Anyway, I don’t want to do this, but he needs me and this is what I do.”

“I understand. There will be other nights, other opportunities. Will I see you in the morning?”

“I’ll still pick you up, and I’ll be here for your classes, then I present myself at the station and finish my shifts there.”

“Two for Greg, then two more for me. I hope he enjoys the hell outta himself, cause he now owes me big. I’ll make the bastard pay. The only thing I’ll forgive is death or dismemberment. Nothing else gets him off the list.”

Paisley giggled, leaning toward him. “Calm down. There will be plenty of opportunities”

“Okay. But I wanted you to know this wasn’t my choice—at all…. I’d rather spend the time with you.”