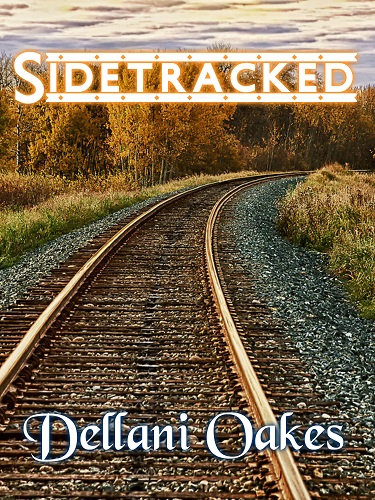 Aiden and Deirdre have a heart to heart about Wendy, and both decide to turn in. As she’s getting ready for bed, Deirdre’s phone rings. It’s Detective Weinstein, who wants to speak to Aiden. She asks him to go with her, to identify the house where Wendy lived.

“Thanks. I might…. Please, find who did this and take them down, Ms. Weinstein.”

“That is my intention. Thank you for your help.”

He handed the phone to his mother. Giving her a hug, he closed the bedroom door.

“He was very helpful. I told him if he needs to see someone, I have names of very good therapists, who are reasonably priced.”

“Thank you. My boy is strong, but even a hardened man would find that difficult.”

“Agreed. First love, huh? In every sense, I gather.”

“Yes. He said she left soon after, for college. I did a little digging. I know it’s not my job…. I was curious. Why would such a talented girl leave school? She was involved with her college professor. They got caught and she got thrown out of school about five months ago. As far as I can tell, nothing happened to him,” her voice got tight with anger. “Bastard!”

“That’s low. Why can men get away with that shit? Just because we have boobs, it’s our fault?” Weinstein snorted, then chuckled softly. “Sorry. Stepping off the soapbox.”

“Rant away, sister. I agree!” She paused, forming her sentence with care. “I saw the condition of her clothing. I hope Aiden didn’t. Was she—She was—assaulted….”

“Yes. He was sloppy. We got some specimens, but unless he’s in the system, it won’t help us track him. It will help us nail him when he’s caught.”

“My husband and I will claim the body if no one else does,” Deirdre said. “I didn’t want to say that in front of my son. If she has no family, we will do that for her. I wish I’d known her before. No one should have to live like that, unloved. Unwanted. My husband says I’d adopt the world if I could.”

“It’s an admirable trait. My mother is the same way. She was always pulling in loners and strays, all our friends call her Mom. Biggest heart. Loves all of her babies, whether she gave birth to them or not.”

“She and I sound a lot a like. Thank you…. I can’t keep calling you Ms. Weinstein.”

“Vanessa. I’ll find this guy, Deirdre. Like you, I’ve taken this case personally. I don’t know why, but I think when I saw the grief in your son’s face….” She sniffled. “Sorry. I don’t usually get this emotional.”

“I worked as a lactation consultant for five years, I’ve had three kids, and I’m a La Leche League leader. I know from pregnant. Three months?”

“Eleven and a half weeks. My first. My husband and I are very excited.”

“Best of luck to you. If you need any advice, call me. You’ve got my number.”

“Thank you. I’ll let you get to bed now, I’ve taken up enough time.”

“If it helps find Wendy’s killer, take all the time you want. Goodnight, Vanessa. Thank you.”

“Goodnight. Thank me when this is over.”

They hung up. Deirdre was too wound up to sleep, so she sat at her computer and wrote more at her book. It wasn’t turning out at all as she’d intended, but she found that the liked the direction it was going. Around 2:00, she finally shut it down and went to bed.

After dropping off the boys, Deidre stopped at Dunkin’ Donuts and picked up a dozen glazed donuts and two large cups of coffee. Her boys all had a caffeine habit, though Aiden was the only one who really liked coffee. He was awake when she walked in, and helped her carry the food to the table.

“Yes, I did. Have as many as you want. I get two,” she clarified, because he could eat all twelve, given the chance.

Sipping coffee and eating their donuts, they sat in comfortable silence. Where Corin had to chatter, and Burl sat sullenly, grumping, Aiden was her cozy companion. Since he was small, he’d been the cuddler, climbing on her lap just to snuggle. It had nearly broken her heart when he decided he was too big for that. However, when they spent time together, it was like he was her other half. Their birthdays only ten days apart, they shared a star sign. Some people told her that would cause friction, but it never had between them.

“Wendy was super smart,” he said softly. “Straight A’s. She did the dual enrollment and graduated with a weighted GPA of 4.8. She was valedictorian. And crazy good at golf. She got snapped up by UF, they couldn’t wait to get her. She had schools all over the country trying to recruit her, but she wanted to stay in Florida. It was her home.”

“Was she born here?”

He nodded. “At Halifax, just like me. Her birthday is on the Twenty-sixth of September, two days before mine. I took her to lunch the day between, to celebrate.”