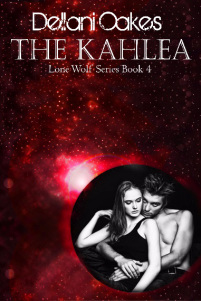 I want to thank all of you who have been following my Miracle, Mississippi books. I’ve gotten a great response! As a token of my appreciation, I wanted to share an excerpt from my upcoming sci-fi book, The Kahlea. This is Book 4 in my sci-fi series.

The Shakazhan Force has grown and is stronger, but they are still in need of help. Timokuan warriors from all over the galaxy have responded to the Maker’s call, but there still aren’t enough of them to fight off the Kahlea. Wil must turn his attention inside the planet, calling upon the residents of the artificial environments deep within the labyrinthine passages below. To this end, he calls upon experts in caving, linguistics and science to explore for him.

Kaz (Kazinski) is their unwilling caving expert. Claustrophobic in the extreme, he forced himself to explore underground, taking every specialty course the Galactic Marines offered. Even more terrified afterward, he reluctantly agreed to take the job. Now, he’s beginning to enjoy it.

Other members of the team are linguist, Hal Membray, as well as Ray and Benni Schmidt. Joining them is a woman who has traveled the interior for almost ten years. A native of the planet, she was separated from her people as a teenager. Now, Barengaria is working with them to help them find support.

Unfortunately, they can’t progress until they pass through a maze. Kaz is in the slow process of disentangling the ever changing series of tunnels.

Underground, Ray’s team was unaware of reinforcements arriving. They’d begun the slow, mind wearying process of threading the maze. Using a systematic, scientific approach, they’d tried to eliminate one tunnel or another only to have them change directions and shift on a daily, if not hourly basis. Each time they thought one was fully mapped, new entrances opened, intersected with old ones previously marked. Horribly frustrated, they sat around a small camp fire to discuss it.

“What a hell of a day!” Ray rubbed furiously at his short hair.

All of them were equally frustrated, but it was he who had the ultimate annoyance and scare. He’d been scouting one of the tunnels, only to have it shift with him inside. The way forward was blocked with a portion of another tunnel which was already marked. Behind him the tunnel closed as well, trapping him in a tiny cell of stone. He waited, praying all the while the walls would shift again and free him. It had taken three hours to get out again.

Ray had used the time to his advantage by running scans continuously and saving them to the nearly limitless storage of the Kindred scanner. He was looking for a pattern to the movement and so far it seemed hopelessly random.

“We’re missing something,” Kaz said for the fourth or fifth time in as many minutes.

“Obviously, Gunnery Sergeant, but what?” Ray snapped. Taking himself in firm control, he continued in a much more level tone. “I sat in that hole for three hours, Kaz. Excuse me if I’m not in the mood for your babble right now.”

Kaz waved it away as unimportant. “I’m just trying to be systematic, sir. I tend to think out loud. I’ve been going over these scans we’ve taken. I started with day one until now. I even put a remote device in the tunnels on an automated bot so it can travel around independently and gather information. What I’m seeing is fantastic!” Eyes glittering, he looked around at the others who eyed him with grim expectancy. All their faces held the same question, Well?

Clearing his skinny throat, Kaz swallowed, the lump of his Adam’s apple bobbing nervously. “‘K, mind you I’m not one for spacial mathematics or anything. Kinda failed that in school,” he blushed deeply, his face rivaling his hair for intensity. “There is a pattern, of sorts, emerging. On a crazy whim, I tapped into Sentience’s memory banks and down loaded some specs about the galaxy this planet was supposed to be the center of. Did you know there were originally twelve planets? This was the fifth one from the sun, optimal distance as it happened. Seven moons surrounded it, apparently artificial, stars all over creation, constellations of amazing configurations!”

“Gunny,” Ray interjected, “get to the point.”

“Yes, sir, sorry. Astronomy is a hobby of mine. So I fed all this into the Kindred device, color coded each of the tunnel openings, and made a Tri D schematic and voila!”

A punch of a button produced a Tri D projection. Twelve tunnel entrances all in a circle with a thirteenth hole in black.

“That’s the outside entrance, which remains static” Kaz pointed to the black circle. “There are twelve tunnels, one for each planet. Starting with the black one, running clockwise, that puts the tunnel for Shakazhan here.” He pointed to a bright green circle. “I also realized that it could run counter-clockwise, putting it here.” He pointed to a vivid blue one. “Little more playing, I thought, what if this is some kind of code key, a way to protect whatever’s behind there from interlopers like us. Maybe it’s not that easy. So I did a simple little math problem. I numbered the tunnels from one to twelve, going clockwise, then added the two together. Split the difference and, of course, ended up with six point five.” He held up a hand to still comment.

“Obviously there is no six point five tunnel, however, add the two numbers together and you get eleven,” he pointed to the pulsing purple tunnel.

“So your supposition based on elementary mathematics, is that tunnel eleven is the one we want?” Ray sounded annoyed.

Kaz shrugged. “It’s an uneducated guess, sir. It could just as easily be two. Or they could’ve done something really sophisticated which would take years to figure out, if at all. But the races here on the surface were ultra sophisticated, high tech and extremely intelligent. I saw a genius, level twenty-seven programmer stumped by a simple math error on line four hundred seventy-two. Instead of two plus two equals four, he’d inadvertently coded it to say, two plus two equals five. It took three lesser programmers to catch the error and convince him he was wrong.”

“You’re saying then that whoever set this here used a simple code to confuse them?” Hal chuckled. “It’s so stupidly simplistic, he might just be right!”

“We’ve been down that tunnel before, why hasn’t it opened up for us?” Benni asked.

“Could be any number of factors, ma’am. Time, alignment of planets, configuration of constellations, anything. It could be completely random.”

Ray made a face. He didn’t like how many times random was cropping up lately.

“What do you suggest then, Kaz?” Barengaria had been silent during this entire conversation. Her Galactix was getting very good. It was in that language she spoke now. “We think we’ve the right tunnel, now what?”

“Now we wait for a pattern to evolve. We set up more bots, watch them and see what happens.”

“Or,” Ray rose suddenly. “We take the direct approach. Pack it up, people, we’re going in.”

Benni started to protest, but her husband looked at her with a blank, stony expression on his face. She knew that look, it said, Don’t argue with me. Snapping her lips shut on her comments, she merely nodded and started to break camp, the others joined her.

Ray turned slowly and looked down at Barengaria.

He smiled gently. “Barengaria, if some of us got through and some of us didn’t, we’d have a deuce of a time getting back together. Suppose the conditions are right for only a short space and don’t occur again for a long time. Then what would we do?”

She nodded quietly. “I see your point, sir.” Her smile was soft and gentle in understanding. She gathered her few possessions, whistled to Ayonyo and declared herself ready.

When they’d all assembled, Kaz led them into the mouth of the tunnel and they waited. Tunnel number eleven looked perfectly innocent and completely normal, nothing seemed out of the ordinary, but then again looks were always deceiving around here.

“Just when you thought you’ve it figured out,” Ray muttered, “you get a jackhammer in the ribs.” Shaking his head, he led the tightly grouped team into the mouth of the tunnel, half expecting it to close up on him again. It took every ounce of his courage to keep walking, but he insisted they stay close together.

“If the walls move as we anticipate, I don’t want anyone cut off from the rest of the team.”

Nods of assent were all that he got and he didn’t need anything else. All these people were professionals. They walked slowly at first, warily taking each step. No one wanted to get too far ahead of the others, neither did they want to get left behind.

Hal could see Kaz was getting impatient. He wanted so much to be right but was prepared to be wrong. So many variables were here that there was no way to be certain they’d caught the correct one, all they had to go on was a guess. Somehow Hal thought Kaz was correct, but he said nothing, prepared to offer congratulations or support as necessary.

“It’s shifting,” Barengaria warned, taking a tight grip on Ayonyo’s jess, stroking his feathers ostensibly to calm him. Slipping into the mundane eased her fears as well.

The party moved close together, hoping the space around them wouldn’t contract or cut anyone off. They noticed gratefully that the walls moved around them, leaving plenty of space.

For More About Dellani