And Itza Danced: The character of Itza is introduced in The Kahlea – Book 4 of the Lone Wolf Series. Itza is of the Zarbanni people of Bankaywan. Constantly harassed by brigands and marauders, Itza must send a message to all comers to leave her people alone. Unfortunately, the message hasn’t been clear enough and she must fight once more for her people. 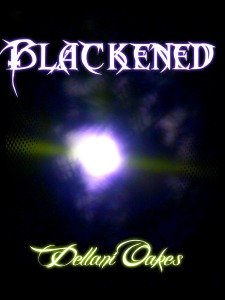 Blackened: On a backwater planet in the middle of absolute nowhere, Wil Vanlipsig and his men have been sent on another horrendous mission. This time, the odds are decidedly stacked against them. Their objective is to secure and liberate a weapon of mass destruction. Unfortunately, it’s more than any of them counted on. 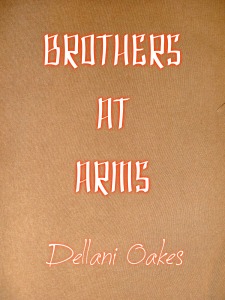 Brothers at Arms: Wil and Marc grew up together, were fast friends and even joined the Galactic Marines at the same time. When tapped for a special unit, they meet Lill Simpson, a vivacious redhead. She sets her sights on Marc, but for some reason, Wil doesn’t trust her. Is it paranoia or can she really not be trusted?

Call Me Penny: Caught off guard on the scummy, armpit of planet Wercha, Barbara Stennis – known as Penny, because of her copper red hair – is arrested and forced to join the Galactic Marines. Something fishy is going on and the new recruits grow alarmed as many of their number start to mysteriously disappear at night. Penny finds herself in over her head when her sergeant orders her to investigate.

Fractured: Wil’s had a crazy life. Thrown into one hellhole after another, he’s always managed to escape. After a mission goes horribly long, he’s forced to take a vacation to a distant, isolated planet called New Aussie. While there, he’s in an accident. Hovering between life and death, he’s rescued by an exotically beautiful woman named Siegra. Strange things happen in the desert, deep in the Heriatis Hills—some of which should never be explained.

Gone But Not Forgotten: When they met, there was a spark of recognition, of longing, that neither Wil nor Matilda could explain. This tale explores not only Wil’s past, but Matilda’s, explaining why they fell instantly in love.

Little White Lie: Wil’s been on more than one mysterious mission, given ambiguous orders and dropped in a war zone. That doesn’t bother him anymore. However, this time, there is more than one agenda in play and Wil must tread carefully if he wants to survive.

Pain Killer: “It’s a cakewalk.” That’s what Admiral Greyling tells Will when she sends him on a solo mission not unlike the one he’d recently been on. Yet another crazed despot needs to be assassinated so that his people can be—enslaved by some other crazed despot. Wil goes in with only his brains and instincts to keep him alive. 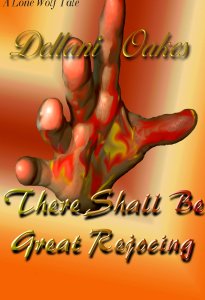 There Shall Be Great Rejoicing: This story, also set on Bankaywan, tells the tale of Sta Hyt Mai’s rise to fame and glory as the Champion of Bankaywan. How did Mai rise from her humble beginnings to become the most respected and fame filled woman on her planet?

For More About Dellani