HAPPY BIRTHDAY TO ME!

What better way to celebrate than to publish another book? Look for the newest offering from Dellani Oakes at Amazon today!

Lone Wolf Tales is an exploration of my sci-fi world. I have taken characters from the Lone Wolf Series and delved more deeply into their backgrounds. As I wrote the Lone Wolf books, I realized that there were so many other stories I didn’t have time to tell there, things I wanted to discover and to share with my readers.

And Itza Danced – Itza is a character who is introduced in The Kahlea – Book 4. She is an ancestor of The Champion, Sta Hyt Mai. And Itza Danced reveals a little about her origins, and sets her on the path of becoming the First Champion of Bankaywan.

Blackened – This short story, explores an incident in Wil’s life that he has done his best to forget. This chilling short is also included in the anthology, Nightfalls: Notes from the End of the World.

Brothers at Arms – Wil and Marc weren’t always super human, thought they did manage to survive every hellhole they ended up in. Hand picked for a special Super Soldier program, their lives changed dramatically. Originally included, in a much shorter form, in Lone Wolf, I decided to edit it out of the novel and make a longer, more detailed version for a stand alone story. It’s a bit more grim than most of my other stories, but it was a very dark period of Wil’s life. 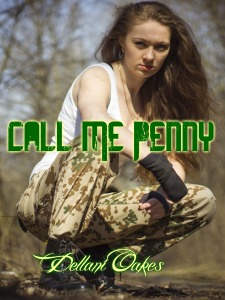 Call Me Penny – introduces a character who, unfortunately, doesn’t make it into the series. I had originally written this to be Lill’s origin story (read Brothers at Arms), but once I reread Lone Wolf, I realized that it couldn’t be her tale. Instead, I used another character from A Little White Lie, also in this volume. I like the character of Penny and I’m glad I was able to find a way to tell more of her story. 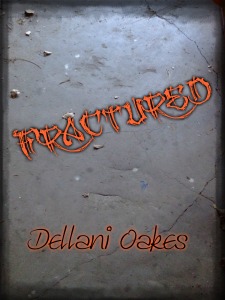 Fractured – examines the origin of a very important character in Wil’s life. He doesn’t remember her, but her life is destined to intertwine with his. More of her story will be told in A Wall in Time – a Lone Wolf Prequel. (No publication date in mind yet.)

Gone But Not Forgotten – This story isn’t so much from Wil’s past, as from Matilda’s. The reader is drawn into the hot, dusty, miserable life on the planet of Saltulle, where Matilda was born and grew up. What little moments of joy there are, have to be savored and treasured. Unfortunately, life in the Mining Guild is also full of dangers, something Matilda discovers all too young.

A Little White Lie – brings the characters of Penny and Wil together. The Galactic Marines have finally realized that allowing the earlier groups of Super Soldiers to live, might have been a mistake. As such, they have devised a method of ridding themselves of this nuisance. It’s a real mission, but Wil and his team aren’t apprised of everything their superiors have in store for them. 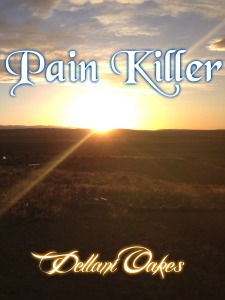 Pain Killer – shows a side of Wil we rarely see—one of sorrow and remorse. Dealing with the death of a friend, he’s none too happy when Greyling pulls him into a mission that’s so easy, she calls it a cake walk—or is it?

There Shall Be Great Rejoicing – We know and love Champion Sta Hyt Mai, the Zarbani warrior who holds such amazing powers. However, she wasn’t always such a formidable opponent as she is now. This story explores her humble beginnings and takes us through her early life, before she becomes the most powerful woman on Bankaywan.

I hope you enjoy these nine tales. I had a lot of fun writing them and I hope one day to write stories about other characters in the series. I found such a strong bond with Wil, Matilda and Mai, that telling their tales was easy. The others are presenting minor difficulties. Such is the way of the creative process.

4 responses to “HAPPY BIRTHDAY TO ME!”