Meet Cute from Wall of Time, A Lone Wolf Prequel 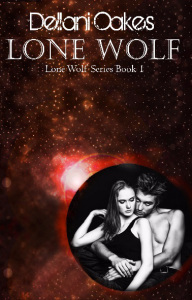 Meet Cute is a theatrical term used most often in romantic comedies. It is the first meeting, sometimes contrived, of the two main characters.

The following is from The Wall of Time, which is a prequel to my sci-fi Lone Wolf Series. Although these two have met before, I like this meeting between Wil and Valkyrie. It gives us a feel for Wil’s character prior to meeting Matilda.

Once in the bar, Wil sidled up to the counter, ordered his drink and had a look around at the available women. There weren’t many. It was either too late or too early for a good selection and Wil was picky. Being a man who had always been able to selective, he chose carefully. He was strong and quick, but that was no reason why he should put himself in danger by taking the wrong woman to bed. He’d found out, with nearly fatal consequences, how foolish that was.

He had almost made up his mind to go try his luck with a brunette in the corner, when a tall, leggy blonde entered. She was beautiful in a dangerous, lethal way. She carried herself like a well seasoned warrior, though she didn’t appear to be any older than he himself. Her golden hair was secured by what looked like black and silver chopsticks, but his cyber eye revealed they were really sheathed stilettos.

A feral, lupine grimace twitched his full lips. It was what passed as a smile for a man known as the Lone Wolf. Most people were terrified when he smiled like that. The woman, who had just turned his way, caught his eye and gave an equally chilling smile of her own.

She swaggered over the where he stood. Dressed in bright red leather pants and bustier, she sported a long, black leather duster and high, metal heeled, cowboy boots. A powerful handgun rested on her left hip. A whip graced the other.

Wil’s smile grew broader when she came up to him, standing less than three inches away, her breasts brushing his chest, her hips a whisper from his. Reaching out one leather clad hand, she grabbed his crotch in a very friendly fashion. His right hand held his drink, but his left glided down her arm in a familiar caress, his cyber eye checking her hands and feet for weapons. He found plenty, smiling.

“I’m better now, Wil. Good to see you.” Her hand stayed on his crotch, rubbing absently.

“What brings you to these parts, Val? I thought you were working Vandaran space.”

She shrugged one shoulder casually. “Vandarans are so boring. A bunch of overzealous, religious mooses. Meese?” She rolled her eyes, not caring if she got the right word or not.

“I think plural and singular are the same, moose.”

“Oh, who gives a shit, Wil? Only you would even know something like that.” She took a sip of his drink, licking her lips seductively.

“Which is part of my charm, Val.” He nibbled her neck, his hand moving to her hip in a very proprietary way.

“This is your charm, baby.” She grabbed and kneaded at his pants. “Right here.”

“Is that an invitation, Valkyrie?”

“A command performance, Wilhelm. Where can we go?”

“I have a ship. Five blocks to the spaceport.”

“Too far,” she bit his lower lip, pulling it with her teeth. She put her right foot on the rail below the bar, leaning hard against him. “Right here, right now.”

“Val, you may be an exhibitionist, but I don’t do that.”

He chuckled softly. “Paranoid. I don’t want to be doing something fun and get shot in the back. Tends to spoil the romance.”

“I’d hate to rob a nice girl like yourself of her orgasms.”

“Always so considerate. Compromise. A room at the mercenary hostel? That’s where I’m staying. It’s two blocks away.”

“Lead the way, sugar. I’m all yours.” He finished his drink, plunking the glass on the bar.