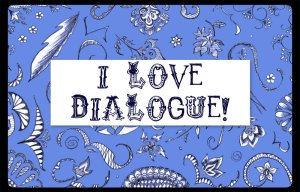 Marice Houston Mystery (working title) is a sequel to Room 103. Marice is a Deputy Federal Marshal stationed in Kansas City, Missouri. However, since a major shakeup in the Florida FBI, she and several of her co-workers have been sent to Florida to help with prisoner transport. Briefly back in KC, she receives a strange phone call, only a series of clicks and buzzes, with a distinctive beat. The sound technician, Cruz, has been tasked with figuring it out.

“I got something,” Cruz announced over the phone.

“What?” I sent back, perplexed.

Sighing heavily, I wandered to his cubbie, which is what he calls his work space. It’s small and cramped, but well lit and he has every electronic tool and gadget known to mankind. His diagnostic equipment set the budget back a very pretty penny, but considering he’s an asset to the department, and one of the best in the nation, Alvin didn’t mind finding the funds for him. Cruz met me at the door.

“I knew I recognized it.”

“A—hm—what?” I tilted my head, not sure I understood what he meant.

“A for real beat? Not just something that sounds like something?”

“And did you figure out which song?”

“Yeah—kinda. Working on that. But it’s very familiar, which means it’s something I’ve heard fairly often.”

“Doesn’t narrow it down much. You listen to music all the time.”

“I know, but instead of all the drum beats it could be, it’s isolated to something I regularly hear. So, instead of billions of possibilities, it’s hundreds.”

He played the beat. Though it was done with clicks and buzzes instead of sticks and drums, I felt recognition. It was that strange, questing feeling you get when you know you know it, but it’s not quite there. Like it’s on the edge of your consciousness, but you can’t touch it. It felt like something was tapping on my forehead, above my left eye.

The door popped open and Butch walked in, opening his mouth to speak. Instead, his head turned to Cruz and started to bob. “Jingo,” he said—pertinent of nothing, I thought.

“Jingo, by Carlos Santana. That’s the opening bongo solo, but I don’t think I ever heard it like that.”

“You know it. Just like that?” I was slightly incredulous.

“Yeah? I’m a drummer. I know my beats. I’m also a huge Santana fan and it’s one of my favorite songs.”

“Okay, we’ve identified it,” I said, raising a shoulder and eyebrow in Cruz’s general direction. “Now, why? Is there something significant about the song, title, artist or beat?”

“No clue,” Cruz said, fiddling some more. He set the recording clicking and buzzing, adding Jingo in an overlay. It fit perfectly. “By damn.”

“My man!” Cruz tapped his knuckles.

“But—the question remains—why? If it’s supposed to convey a message, it isn’t telling me anything.”

“You have to look beyond the music,” Cruz began.

“Really? You’re going to chance walking there?” I turned to Butch. “Does he have a death wish?”

“But what do they mean?”

“No clue. I can’t solve all your problems for you.”

“In about ten seconds, you’re going to die,” I cautioned him. “And you won’t be able to stop me. And neither will Butch, guaranteed. So, quit pissing me off and spill.”

“I do think it’s sending a message, but I couldn’t tell you what. But if you listen, there is a pause before we very distinctly hear the whistle. That sort of whistle is rare. Some factories still use them, you might find them in small cities, a noon whistle, but it’s not noon….”

“Do they sound them at end of shift?” Butch asked.

“Yeah, I suppose.” Cruz checked his watch and the time stamp on the recording. “Not local time for end of shift, unless it’s some place that changes shift at four o’clock instead of three. Most places go seven to three, three to eleven and eleven to seven. But some spots, like the prison go from eight until four, four to twelve and twelve to eight.”

“Do any of the local prisons use a steam whistle at change of shift?” I asked him.

He was already sitting down to the keyboard. His face fell when he read the screen. “Aw shit.”

“The prison where we just put China Finetti,” I stated without even looking.

I couldn’t state it more succinctly if I tried.