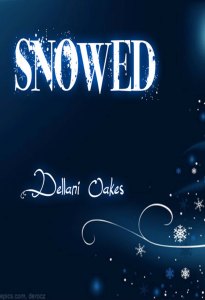 Mike finds himself having a very unusual conversation with Sarena. He realizes he could fall hard for a woman like her. Just the sound of her voice makes him hot.

“Why?” She sniffed and I got the feeling she was crying.

“Cause otherwise I’m gonna quit being a gentleman and start talkin’ dirty.”

“The fact that my balls are gonna be in a vice the rest of the night.” I had to laugh at myself. It would be too easy to fall in love with this woman. “So, what do you look like, Sarena? I’ve never even seen your picture.”

“Why does it matter? You’ll meet me soon enough,” she said evasively.

“Cause I’m gonna picture you when I abuse myself later,” I told her.

“Oh, my God!” She giggled rather nervously. “I have a better idea. Hang on. I’ll call you right back.” She hung up.

Moments later, I got a message. There was a picture attached. The caption was, “Worth a 1000 words.”

Holy God, the woman was gorgeous! She looked like a gypsy queen with long, dark, sleek hair, dark green eyes, long lashes, full lips. I could catch only a glimpse of the body, taken at arm’s length, with her camera phone. She was wearing a dark brown turtleneck sweater that clung in all the right places. I started to laugh when I saw that her other hand was giving me the bird. She held it low, near her pants pocket.

She called back a few moments later. “Well?”

“You’re right. A picture is much better. I can use that when I abuse myself.”

“Oh, you bastard!” She laughed at me, at us. There was a short pause. “You’re serious, aren’t you? I knew I shouldn’t have sent a picture.”

“Well, you should be flattered.”

“Oh? Cause you’re going to whack off to my picture? Isn’t that a little perverted?”

“Depends on your perspective. Look at it this way. Even with all the pictures of naked women doing disgusting things with vegetables and inanimate objects there are available, a man is going to use a picture of you, fully clothed, to get himself off. You should be flattered. I got enough naked pictures for my birthday to make a dozen magazines. Yet I’d rather look at you.”

There was a stunned silence.

“Why naked pictures for your birthday?”

“I guess you aren’t the only woman who thinks I’m ruggedly handsome.”

“As long as you aren’t talking to me while you touch yourself, okay.”

“What makes you think I’m not?”

“You’re not!” She sounded so shocked, I had to calm her down.

“No, I’m not.” I laughed, my voice soothing. “I’m just teasing. I wouldn’t do anything that crass.”

“Not to mention messy and awkward,” she said in a matter-of-fact tone. “Don’t you need both hands for a job like that?”

“I dunno. Want to see it and you can decide? I’ll send you a picture.”

“I almost think you would just to call my bluff.”

“I might at that. Actually, it’s not the kind of thing I’d ever do with an audience. The only way you’d see me get off is if you were there as a willing participant.”

There was another stunned silence.

“Mike?” Her voice was breathless.

“Yes?” Mine was purposely seductive, dropping almost an octave.

“Okay. You don’t have to hang up on my account.”

“Goodnight, Sarena. Sorry if I upset you.”

I wondered what I had done or said to affect her so. Then I realized the tone I was hearing in her mind wasn’t disgust or fatigue, it was lust. I hoped when she arrived, she would be willing to share a little of that lust with me. It could only be hoped.

I looked at her picture again and her eyes went right through me. I wanted this woman like I never wanted anyone else. She was a picture and a voice on the phone. So little, but it meant so much.