Bad Fall is over and I am a little bit sad. Of all the romantic suspense novels I’ve written, it’s one of my favorites. Never fear, the characters of Marka and Frank have another shot at action in a work in progress, A Matter of Time.

Liz may be out of commission, but that doesn’t mean that her co-conspirators are. Can Frank and Marka stop them before anyone else dies? Or is it only a matter of time before they, too, become victims?

Usually, when deciding on a new book to share, I ask for input from my readers, but I’ve decided what story I want to use. Snowed a favorite of mine and it’s a little different from my other romantic suspense novels. 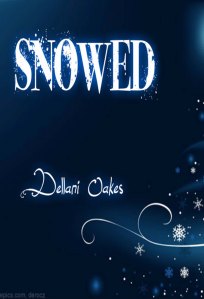 Michael Reuben’s having a birthday. Not quite 30, he never thought he’d be where he is—driving aschool bus in Cheyenne, Wyoming. It wasn’t his career goal, or even his original destination. He planned to drive to Alaska, putting the better part of the continent between him and his interfering mother. His car broke down in Cheyenne and he decided to stay.

Big Mike’s got a problem, several, actually. First of all, his mother has decided to drive from New York to Cheyenne and she’s bringing a friend with her—a man. Second, he’s had the best night of his life with a woman whose name and face he can’t remember (too much tequila can do that to a man). He calls her the Mystery Date. He may not remember her, but she decidedly remembers him! Third, and most important, someone has started harassing him and he doesn’t know why. Since the incidents are escalating, he wants to find out who’s after him before they manage to kill him!

Starting October 31, because that’s Big Mike’s birthday, I’ll share Snowed every Wednesday and Sunday. In the meantime, watch this space for information and excerpts from my newest novel, Conduct Unbecoming which was released October 3, 2014.