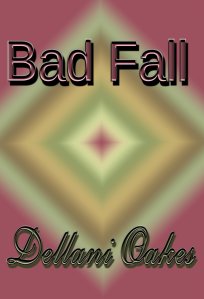 After lunch, Frank’s good mood is shattered by another encounter with Ralph Penwarren. The short, fat man has a burr up his butt, determined to get into his mother’s room.

“She made it pretty clear she doesn’t want you there.”

“It’s her money, not yours. Unless you’re worried about her spending your inheritance.”

There was an uneasy pause. “Now you’re just being rude.”

“Actually, I’m being facetious. But I can do rude so you can hear the difference. What—did you want?”

“There’s a staff over there who are paid to help you with that. If you’re going to keep wasting my time with nonsense, I’ll have you removed. Was there,” he said with a note of finality. “Anything important?”

“I’ll complain to your superiors, Atherton.”

“Go ahead and try, Penwarren. If my boss actually speaks to you, which I doubt.”

“I’ll have your job, Atherton!”

“You couldn’t handle my job, Penwarren. I’d hate to see how you’d treat people who act like you.” Without another word, he hung up.

The rest of the afternoon went fairly smoothly. Frank had only one more problem involving Penwarren. Around 4:30, he tried again, unsuccessfully, to get into his mother’s room by using a credit card. The only thing he succeeded in doing was damaging his credit card beyond repair. He waddled off in a huff to call the company for a new one.

“What’s that guy’s problem?” Kathy’s husband, Kenny, asked him. He was the one who’d found Penwarren.

“He’s got a hair up his ass about getting into that room. I can’t imagine it’s just because he wants to squat there while his mom’s in rehab. I think it’s got to be more. I’m gonna go talk to Mabel and see if there’s anything we need to put in the vault for her.”

Sheltering Oaks had a small bank branch on the main floor near the front office. They had safe deposit boxes for the residents to rent at a minimal fee.

It didn’t take Frank long to walk to Mabel’s room. For once, her son wasn’t hovering. No one had seen him in the nursing home, but one of the maintenance men had been cursed with his presence when he went out for a smoke.

“What an asshole,” the young man grumbled. “Wouldn’t even offer me a light when mine died. Had to wait until someone else came out.”

Frank scrabbled in his pocket for a moment and handed the young man a lighter.

“I keep it for emergencies. I don’t smoke anymore, but after Penwarren’s here a couple more days, I might start back.”

The young man laughed, thanked him for the lighter and they parted.

Mabel was reading a book when he walked in. She set it aside, smiling at him. Her face clouded as he told her what had happened.

“What’s wrong with him?” She sighed, folding her hands in her lap. “I’m so sorry. He always was a fractious boy. I’m actually his stepmother, you know. His own mother died when he was about half grown. She indulged him. His father spoiled him. I did my best. . . . My own son wasn’t a bit like Sonny. He died in Vietnam.”

Frank nodded. Mabel had told him more than once about her son’s death.

“He was a good boy. Not like his brother.” She picked at her blanket. “But Sonny’s all I’ve got left.”

“I know, Mabel. Listen, I’m a little concerned that there’s something valuable that he’s after. Do you have anything you want me to put in the safe? I could take head of security and your surrogate with me.”

“I can’t think of a thing, Frankie. All my jewelry is in the vault already. The only thing I have that he might want, is his father’s watch. But it’s not worth that much.”

“I don’t remember, Frankie. Be a dear and look, will you? If it’s anywhere other than the vault, it will be in the top drawer of my birdseye maple dresser. On the right, under my hankies.”

“Before I go in, I have to get your surrogate and Jeff in here to verify.”

“Tomorrow will do. I’m very tired.”

“I know, Mabel. You sleep. I’ll see you tomorrow.” He kissed her frail hand and left.