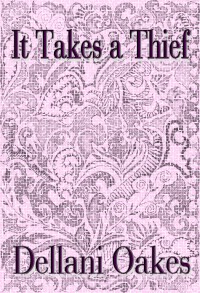 Jason takes out Orchid’s waiter. She takes Taylor hostage, but Jason exchanges himself for her. It’s not simply a magnanimous gesture on his part, mostly he wants to be front line when Orchid gets what’s coming to her.

Jason nodded, his face blank. Taylor saw the change in him immediately. She could also see him fighting it. Orchid had been able to work her magic before because he had nothing to hold onto. Now, he had her and she wasn’t going to let him down.

“Isn’t that adorable? The little whore is trying to protect you.”

Jason smiled, his eyes vague. “Adorable.” He caressed Orchid’s breast as they walked to the far doors.

Part of Jason knew she was trying to ensnare him again and part of him didn’t care. The aware, paranoid part of him fought the mesmerized self. It felt like he had a cat fight inside him, both sides clawing and scratching wildly. Doing his best to keep his composure, he walked away from the woman he loved. Her voice gave him something to latch onto and he held that connection with Taylor as hard as he could.
Orchid backed out of the room and he walked with her, feeling her up as he went. He found the holster for another weapon strapped to her thigh. It was strangely warm, taking its heat from her magnificent body.

“Miss me, baby?” she asked as the left the auditorium.

“Are you leading me into a trap?” she snarled, jerking hard on his arm.

“Never. I want to get you somewhere quiet and do nasty things to you.”

Her laugh chilled him. Orchid bit his ear, hard. It was all he needed to clear his head.

“Sure, baby. Once more for old time’s sake. Shame to kill you, you have such a magnificent cock.”

They walked more quickly now. Jason had familiarized himself with the building’s layout earlier that day. Obviously, Orchid had too. She led him unerringly to the staff entrance, down a long, narrow hallway. It was dimly lit, but he could see different doors feeding off it. They were dark.

His ear piece was strangely silent. He suspected that the team had gone to a different channel so Orchid couldn’t listen in if she found it. An emptiness replaced the cat fight. He was alone – again. Sighing deeply, he walked resignedly to the door. He didn’t even protest when Orchid shoved him toward it.

“I’m here, Jason.” Taylor’s voice filled his ear. “We can see you on the heat sensor. When you hit the back door, step forward and drop. Clear your throat if you copy.”

The other team members piped up, including the women, all letting him know they were there after all. Filled with a new confidence, Jason walked with Orchid to the back door. She shoved him in front of her and he let her, knowing what he had to do.

“Nothing fancy, buddy. No heroics,” Greg said calmly. “I got her in my sights. Give me one more step, then drop.”

Jason took another tentative step and stumbled, falling to one knee. Orchid found herself exposed. Screaming, she trained her weapon on him, ready to fire. Her shoulder exploded in a mass of blood and bone splinters. She whirled away from him, flailing as she fell. Her gun clattered to the ground. Jason swept it up, holding it in his left hand, aiming at her head.

They were surrounded by men in SWAT uniforms. Jason let the weapon hang from his fingers as the officers approached him.

Orchid lay in a growing pool of blood, cursing loudly. A medic approached.

“She’s strapped,” he cautioned. “Left thigh. May be more. She’s a crazy bitch. Knock her out.”

Orchid’s curses turned more creative as she groped at her weapon. The medic was quicker. A hypodermic appeared in his hand and he stabbed it into her vein without a swipe of alcohol. Orchid’s curses died on her lips as she went unconscious.

Jason approached, standing over her. He handed the weapon to the nearest SWAT officer. Sneering, he gazed at the downed beauty and spit on her. Spinning on his heel, he strode away, looking for Taylor.

She stood a few feet away, weapon in hand, an FBI issue vest strapped over her evening gown. Still in her four inch heels, silver swirling around her, she was the most beautiful sight Jason had ever seen. Rushing toward her, he swept her into his arms, kissing her deeply.

“You did it!” she said when he gave her a moment to get her breath back. “You did it, Jason. You’re a hero!”

“Why didn’t Greg kill her?”

“She turned,” Greg said over the ear piece. “Had the bitch in my sights!”

“At least the families can see her brought to justice,” Taylor said. “That’s important, isn’t it?”

Jason nodded, not sure that it was. “Watch her, you lot,” he called to the SWAT team. “Don’t for a second underestimate her.” He turned to Taylor. “It’s her cologne and lipstick. The combination drags a man under. Tell someone.” He grabbed at his head. “God, I feel like I’ve been on a four day drunk.”

Under the Western Sky http://www.tirgearrpublishing.com/authors/Oakes_Dellani/under-the-western-sky.htm