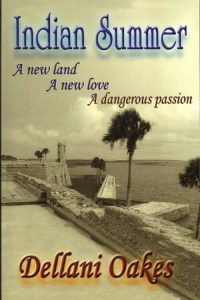 So, you’ve finished that four hundred and sixty page novel. You sit proudly and pat the cover page tenderly, smoothing the white surface when much to your horror, you see a mistake! Cold sweat breaks out on your brow, fingers tremble, mouth suddenly goes dry. As your eye wanders down the page, more and more errors jump out at you! Fear grips your heart as you stumble from the desk, desperate for a calming cool drink. It’s a nightmare, but you can’t wake up. It’s real. Your brainchild, the fruit of your creative efforts, is flawed and it’s up to you to fix it.

This is a scenario each of us faces. Sometimes it’s as minor as a misplaced comma or a dangling modifier. Other times an entire scene, or even half the novel is so bad it has to be scrapped and retooled. I started an historical novel about ten years ago, set it aside since it wasn’t going anywhere, picked it up a few years later and realized the reason it hadn’t gone anywhere was that it was garbage! No other word for it. After careful review, I threw away all but ten handwritten pages. Of those ten pages, perhaps parts of seven survive in the retooled version.

Several things were problematic that I didn’t realize until much later. First, and most important, the point of view and style were all wrong. Set in St. Augustine in the Florida territory in the late 1700’s, it was told in first person by a young Spanish woman. I had chosen to do it like a diary (not really sure why) and it was far too limiting to my story.

Second, after doing some more research, I found that the time period would have to be moved from the 1780’s to 1739 or I could not incorporate certain facets of the novel. It would have been grossly inaccurate.

Third, and most difficult, the man I had intended to be the bad guy simply wasn’t working. No matter what I did, even in the retooled version, he wouldn’t be villainous. The heroine refused to fall in love with anyone else. Even the good guy couldn’t be relied upon to behave. He became the villain, the villain became the hero, the heroine didn’t succumb to another man’s charms, and they all lived happily ever after. (Except for the villain, because he, of course, was dead.)

It got terribly out of hand. After lots of time and effort reading and re-reading, honing, changing, and fine tuning, it is a really solid piece of literature that I am proud to put my name on. Five years ago, when I started re-writing it, I wouldn’t have given ten cents for it. It was the catalyst that started me writing in earnest and made me realize I had stories inside me to tell. None of the rest are historical in nature, the rest are sci-fi, because with that novel I learned something else important. You can’t do too much research if you want to be historically accurate. I don’t know about the rest of you, but I’d rather spend my time bleeding profusely from multiple wounds that tracking down that evasive, all important fact.

Sci-fi is far easier for me to write. Once I have a believable setting, the

rest is easy. Don’t ignore the laws of science, throw in some really good fight scenes, add a few interesting aliens and voila! Creating my own world is far easier than working within the confines of someone else’s, but that old adage “write what you know,” is nonsense. What I know is boring! Who wants to know about raising kids, doing endless errands, making phone calls and taking out the garbage? No one.

Writing is the ultimate escapism. For that short span of time, things work out; the hero and heroine fall in love and live happily ever after. The bad guy gets his just desserts, the good guy wins, and there is always a happy ending. It’s far more interesting than washing the dirty dishes, cooking dinner or sorting laundry.

But I digress. Despite the thrill of putting words on paper, the hard part is making sure that everything is right. We can live with the small stuff like ending a sentence with a preposition. Frankly, it sounds odd if it’s correct. However, misplaced modifiers, sentence fragments and subject – verb agreement are very important. Even if a writer can’t name the errors, wrong is wrong!

One solution is to read and re-read your own work, honing and perfecting it. It’s easy to miss simple errors that way. Sometimes running off a hard copy helps, but it’s still hard to catch it all. Better yet, get people who are gifted in grammar to help you. They might not be able to name the error, but they can spot one and may be able to offer suggestions on how to correct it. If you can afford it, have an editor review it. Few of us can, so it’s up to us to read and re-read our own work until it is smooth and as error free as it can possibly be.

For goodness sake, don’t rely on the grammar check in Word! It’s garbage and will cause for more problems than it solves. I don’t care if it’s the primary word processing program used world wide, the grammar check is terrible. Spell check, on the other hand, is a Godsend, but won’t help you if you simply type in the wrong word. I once finished typing out a test for my 11th grade class only to find that I had one very important little word wrong and the spell check hadn’t caught it. Instead of saying, “What is the theme of this story?” I had, “Shat is the theme of this story?” (For those of you who don’t know, that’s the past tense of the verb ‘to shit’. — 11th graders knew that!)

There is no easy way to get through the editing process. It is tedious and time consuming, but if it makes the difference between selling a book and having it gather dust, it’s well worth it.