I originally wrote and posted this back in 2008. Seems like eons ago. It seemed worth updating and sharing once more. I’ve updated a few things to make it more timely, but otherwise, it’s the same as it was November 25, 2008.

It was 5:45 this morning and I woke with a starting sentence in my head and couldn’t go back to sleep.  That’s how it begins, you know.  The infamous starting sentence and then it grows like a giant balloon full of words.  It won’t stop until you write it down – even that isn’t enough.  You have to keep going until the words stop gushing forth, the ideas quit flowing, the inspiration dries up.

That’s what it’s like when the writing Muse strikes.  It completely takes over, spinning you in circles like a giant, ethereal tornado or a vicious maelstrom.  Not that having the Muse strike is a bad thing.  It’s when the Muse strikes that’s usually inconvenient.  When I’m asleep and wake up to find a sentence circulating in my brain.  When I’m driving and I don’t have anything handy to write it down or even record a message to myself.  I have a small tape recorder for this purpose.  Where is it?  On my desk.  Good choice, great place for it.  Sometimes the Muse strikes in the bathroom.  Not pretty.

How do you tame that pesky Muse?  I don’t suggest that you try.  The more you try to tame it, tie it down or rope it in, the more elusive it becomes, dashing away when you need it most.  The best you can do is learn to channel it so that the energy can be directed where you want it.  If you figure out how to do that, please share with me, becaue I haven’t learned yet.

I am at the beck and call of the Muse.  I answer to its every whim.  That’s why I’m sitting here starting on yet another novel, although I have (thirty) fifty-five that need to be finished and fifty more that need to be edited, and seven currently published. (When I originally wrote this, I had one) My husband says I’m adult ADD.  I know that it’s not that, it’s the Muse!  But try telling that to someone who’s not a writer. 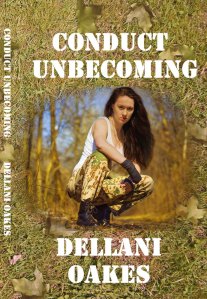 3 thoughts on “When the Muse Strikes!”